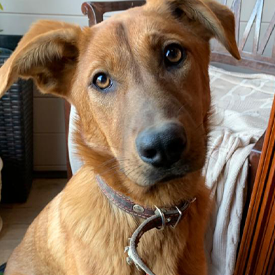 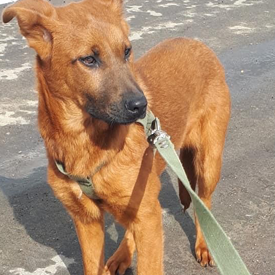 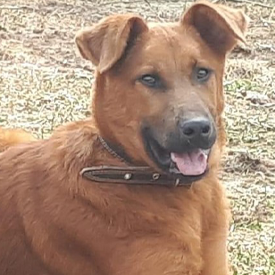 Skarlet is 8 months old Mixed Breed. She is very friendly and playful. Scarlet is a quick and docile learner when it comes to training. The dog is well-trained in using the bathroom, she is calm and well-behaved as long as she is taken out a couple of times a day. Being an energetic pup, Skarlet does need a family that can pay attention to her both outside and inside of the home. Skarlet can be wary of strangers, she might growl when meeting someone for the first time, but as soon as she is given a treat she befriends them. She never runs for/attacks cats and small dogs. Skarlet also has a sister from the same litter, so ideally the two would be adopted together, however, they are capable of being separated as well.